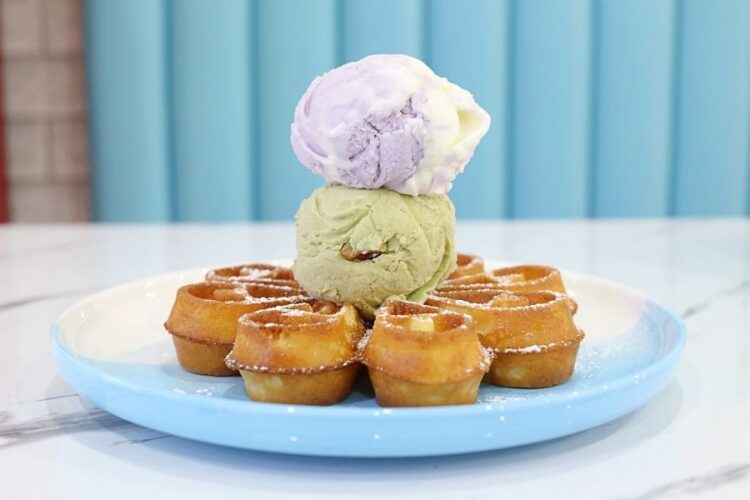 Phat Chic Forever joins the ranks of other ice cream and waffle cafes in the Jalan Besar and Little India vicinity such as Obsessive Chocolat Desire (OCD) Ice Cream Café and Three’s A Crowd. 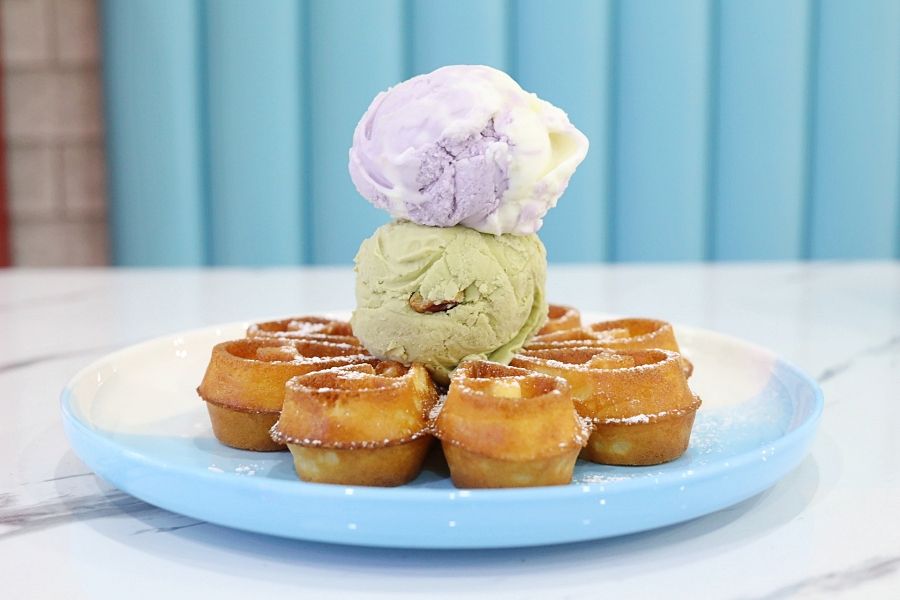 Located along Desker Road (a lane with other associations), it is just steps away from the ever-popular Swee Choon Tim Sum Restaurant 瑞春点心餐厅, and can perhaps attract some of the supper crowd who wants a further sweet treat.

It opens till 2AM on Fridays and Saturdays. 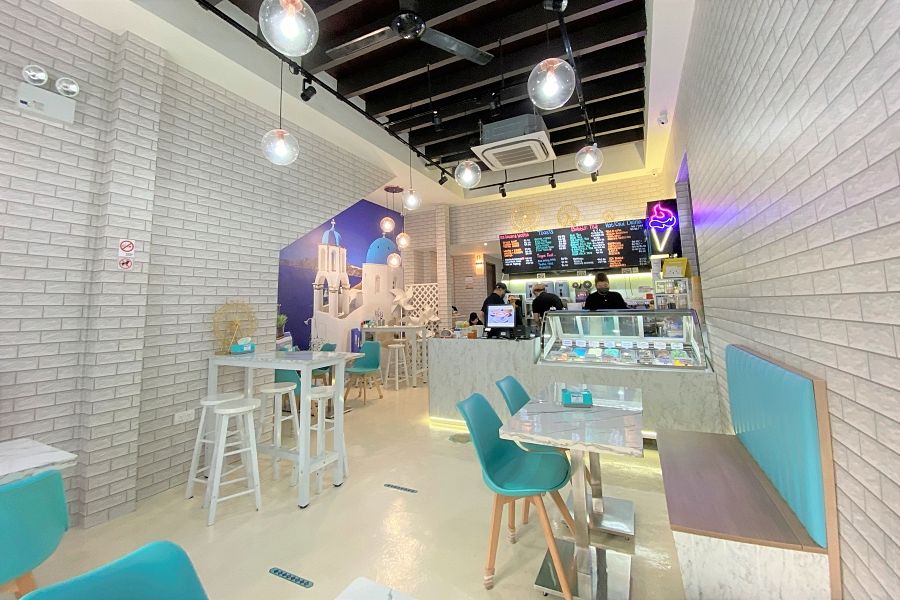 Phat Chic Forever is decorated in turquoise-blue and white, with a background of Santorini – in the event you want to take some photos and pretend to be in Greece. But maybe not. 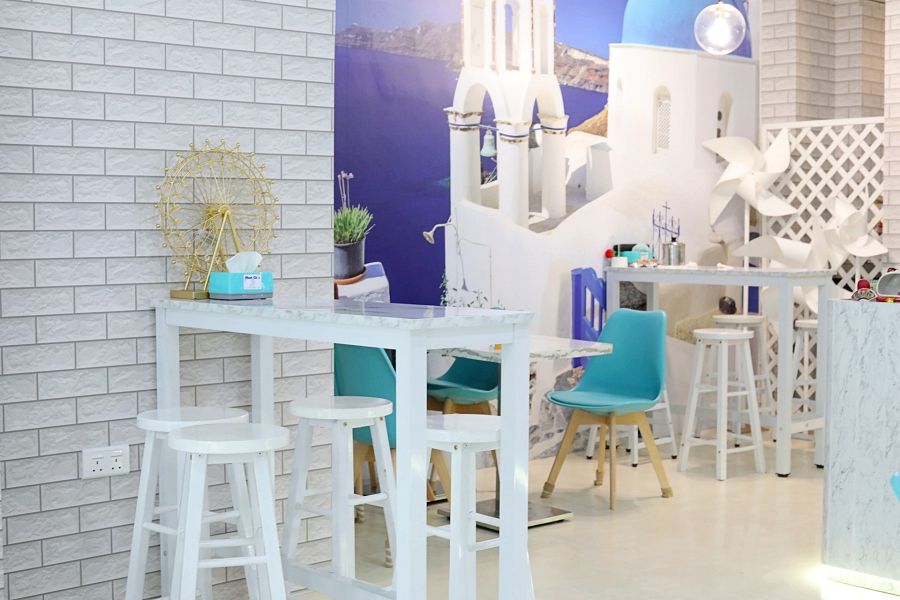 Some of its ice cream flavours come in certain eye-popping and saturated colours of bright pink and blue, though I was slightly concerned about the artificial colourings.

But well, instagrammable right? You decide. 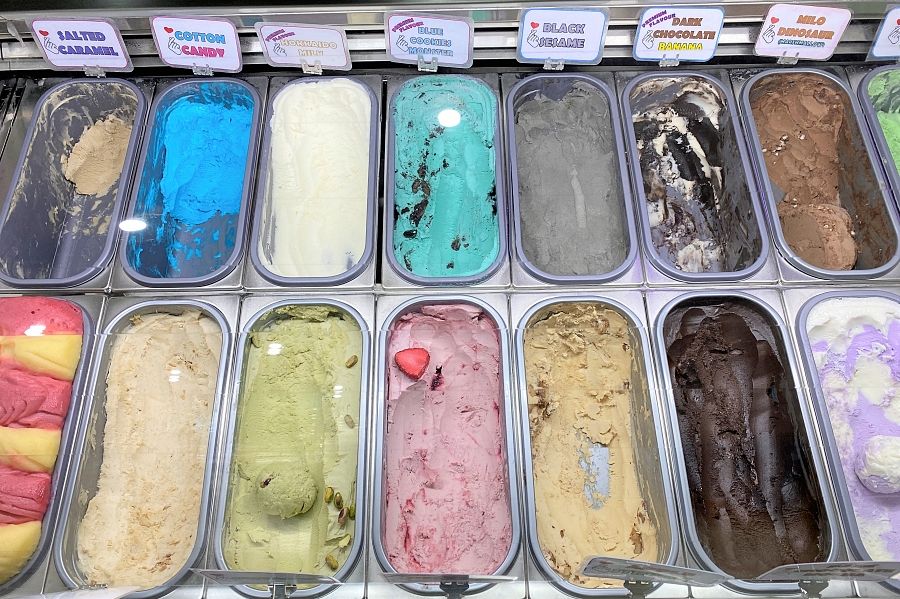 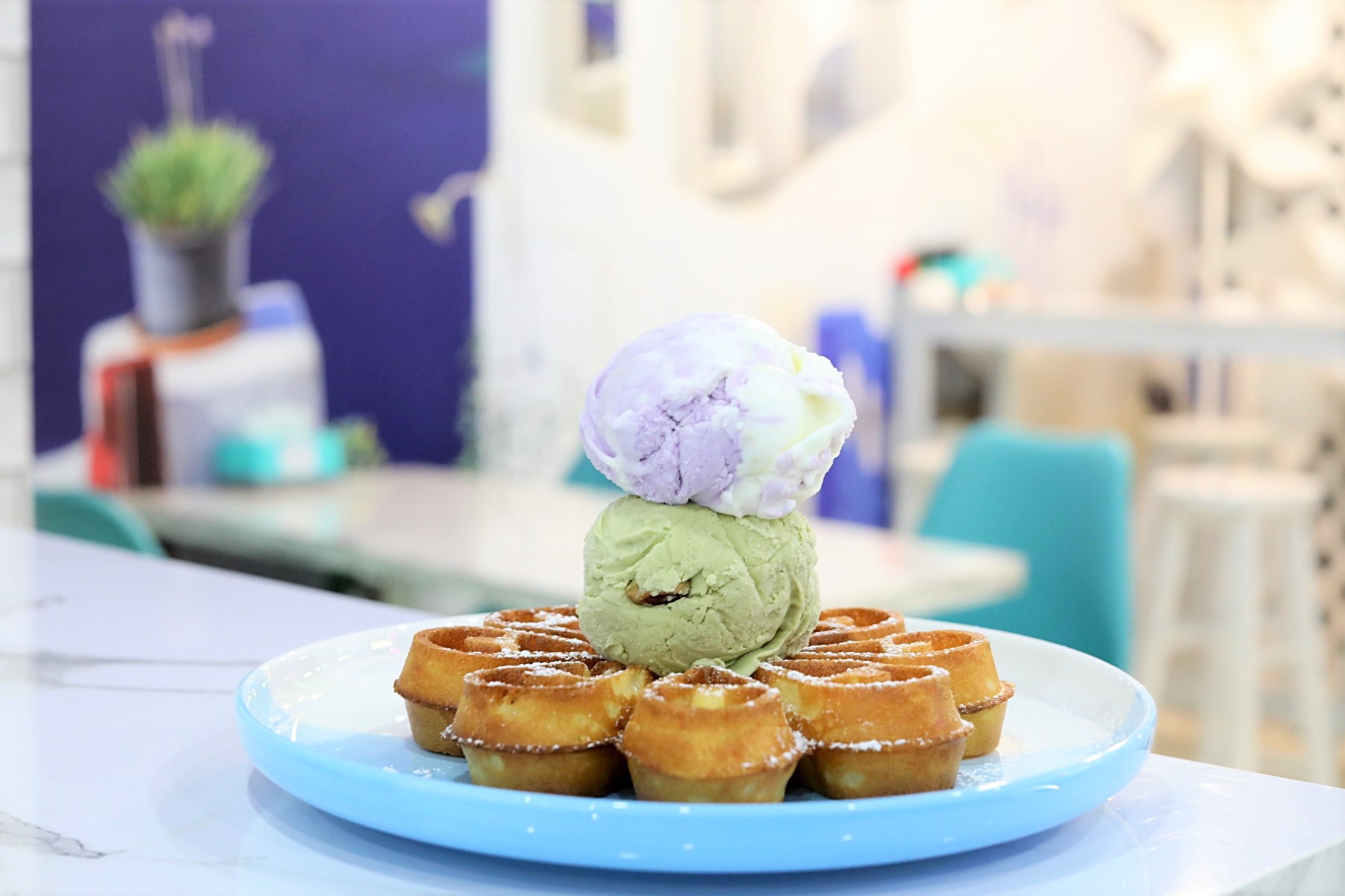 I had the Yam & Coconut with Pistachio on Waffles ($12, additional $1 for premium flavour). The large scoops of ice cream were smooth, to the denser side, but had certain parts that were icy – so minus a little marks for that.

Not too bad, though I wished there were more pronounced natural flavours of the ingredients such as pistachio and yam. 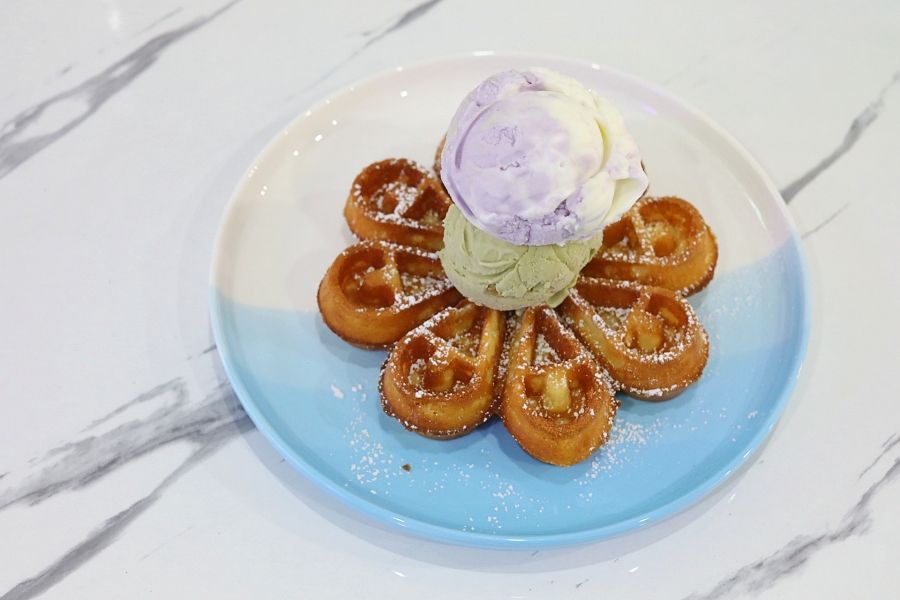 The real surprise was the freshly-made petal-shaped waffles, which had a delightful crispy layer contrasted with fluffy inside, and an alluring sweetness good enough to have on its own.

In fact, after having quite a number of run-of-the-mill waffles, this was one that left quite an impression. 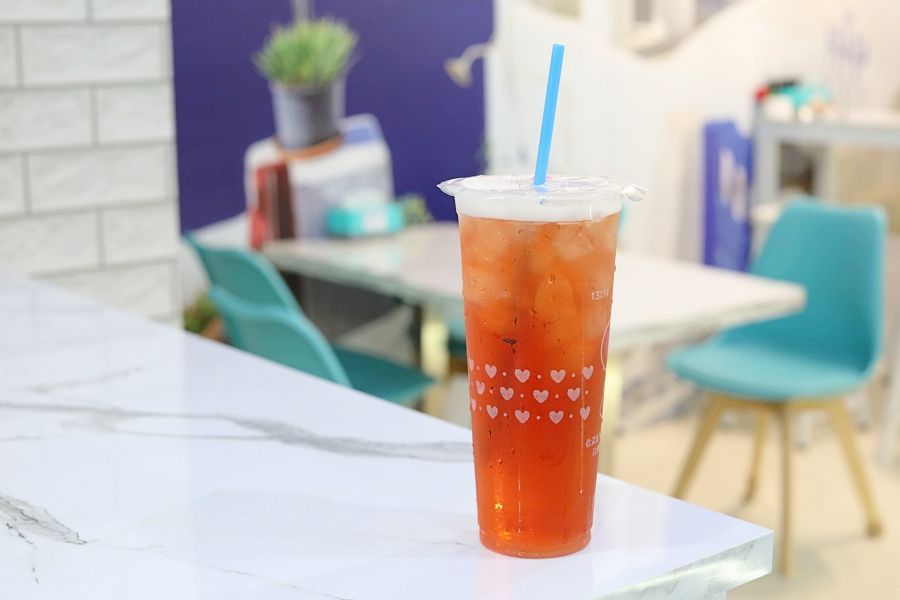 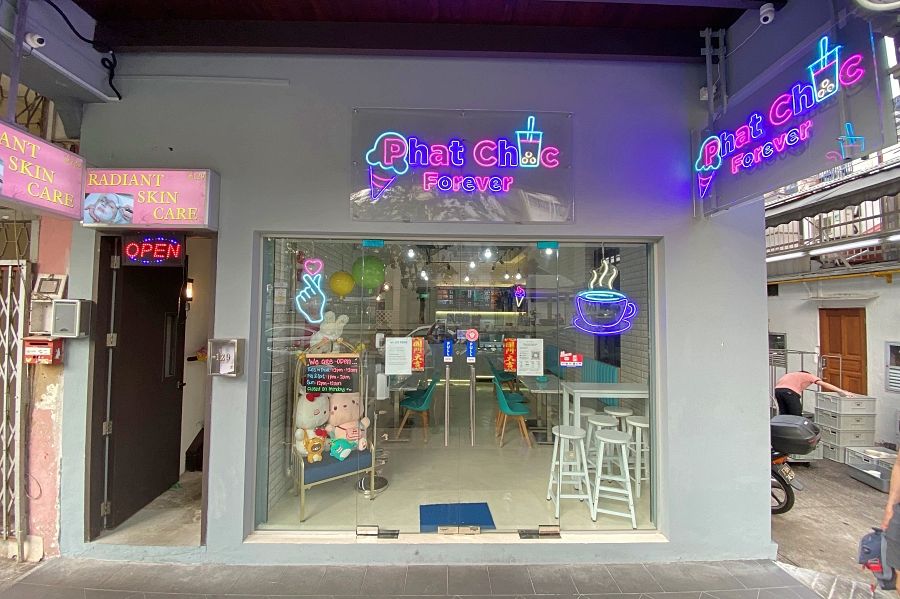 Phat Chic Forever will also open at a new location at Changi Village #01-2072 (near Cheers) in a couple of weeks. 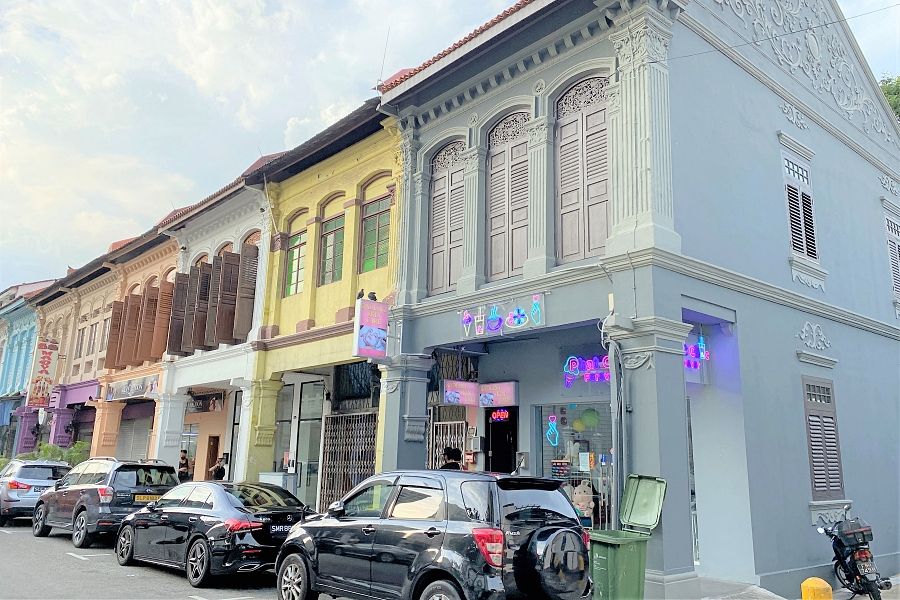