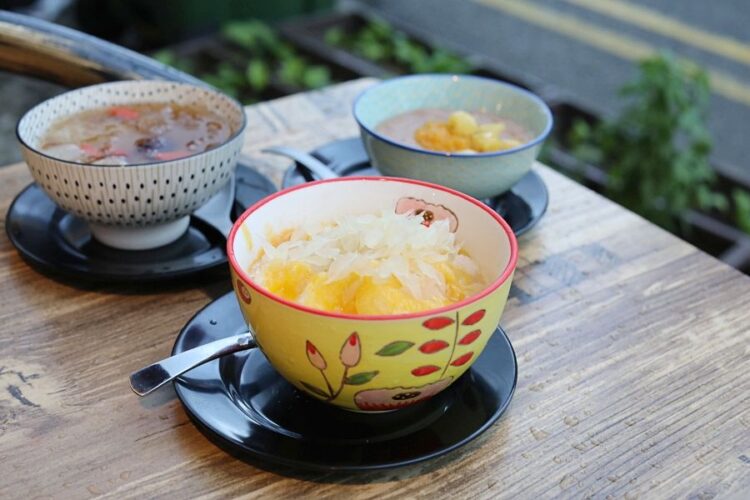 What? ANOTHER new Jalan Besar café? 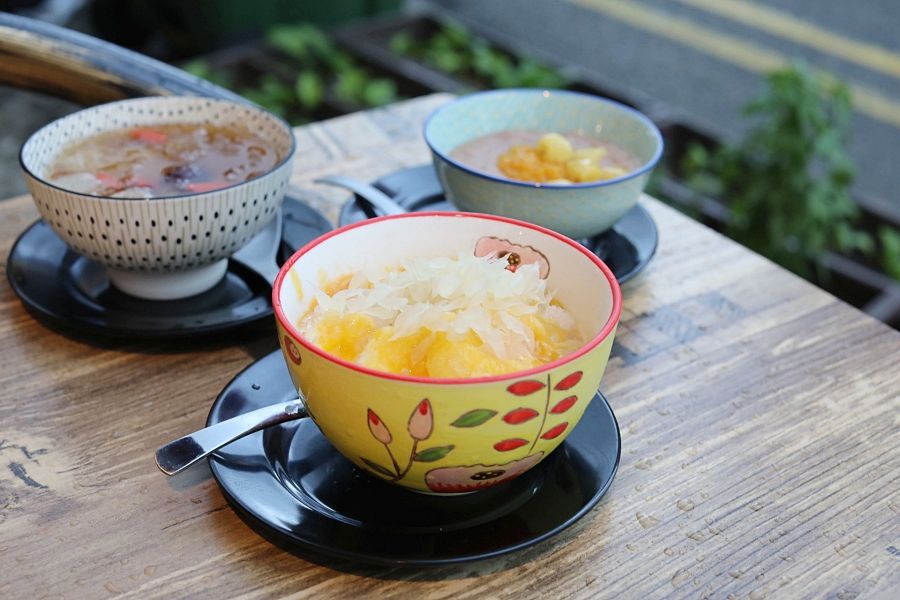 Tian Wang 甜旺 is a local dessert café that opens till 3AM daily, located next to Butter Studio at 145 Jalan Besar. 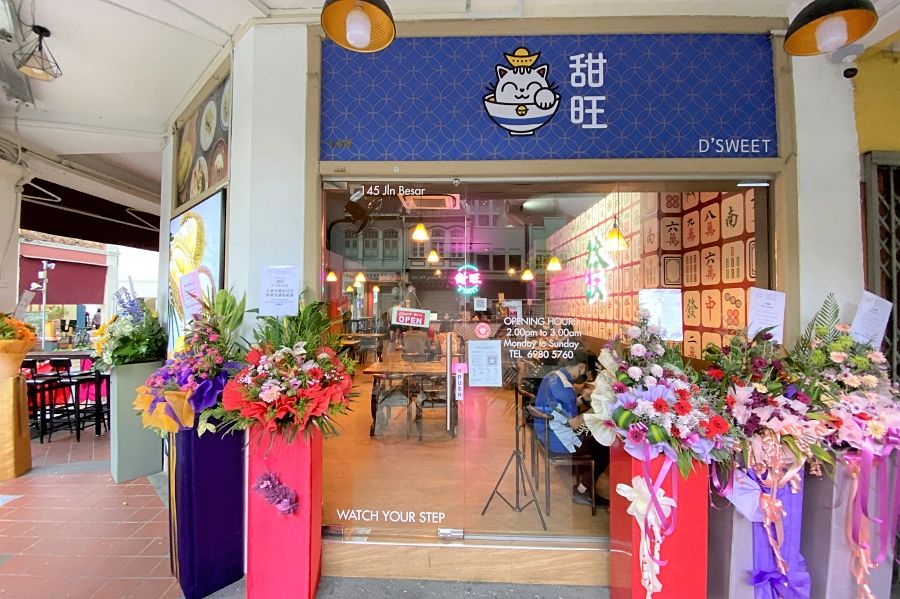 Just so you know: the shop is a family-owned business, and the interior is Mahjong themed as that is what all of them love to play.

(On a side note: other than the ”Fa” feature wall, I wished the MJ theme would be applied to other aspects from the tables, accessories, to even names of desserts. Just so that it is more fun and cohesive.) 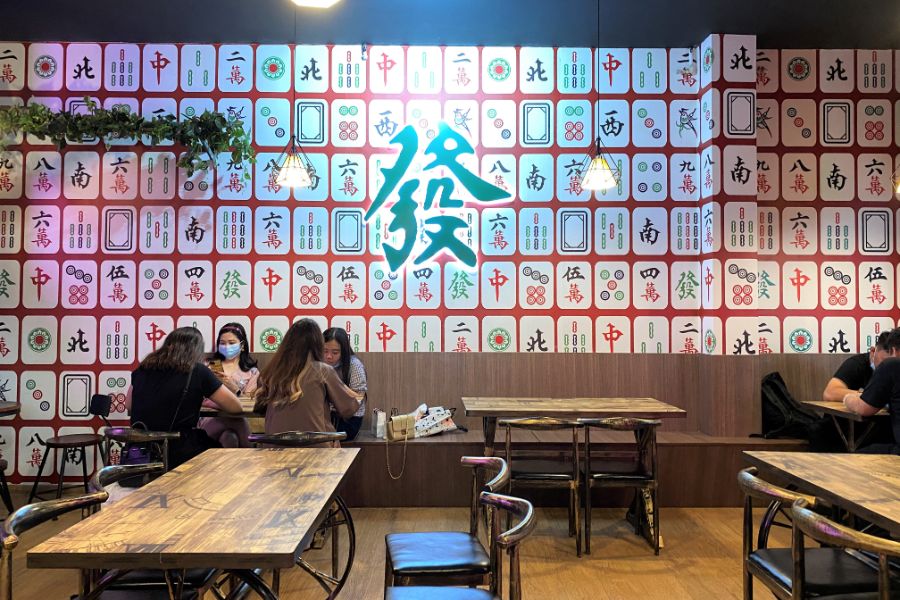 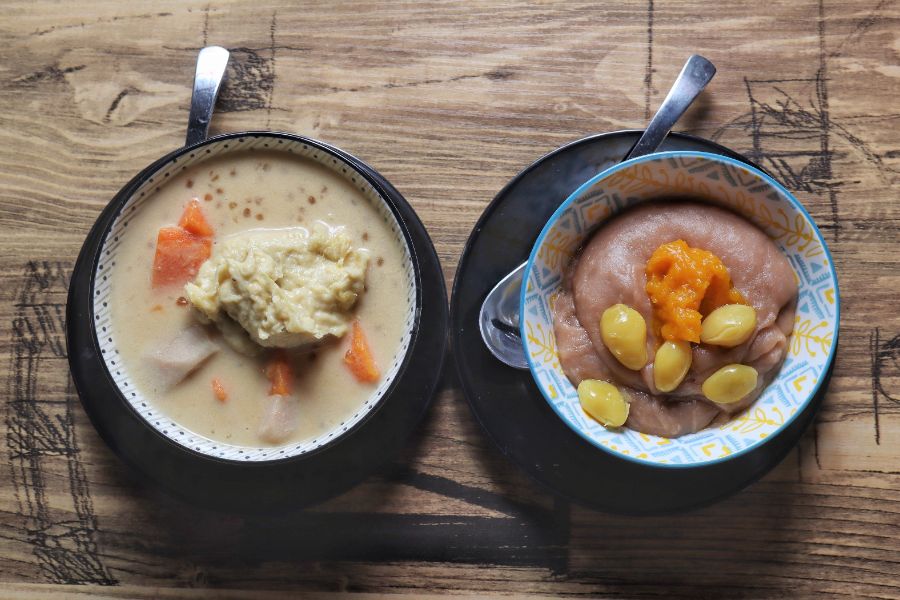 Some of the recipes for the more traditional desserts Yam Paste, Sesame, Almond and Peanut pastes are passed down from the late grandmother of the family.

However, they also improvised the menu a little to attract a younger dining crowd.

They were only toying the idea of opening a shop, but it was their uncle who is a veteran Singapore actor (with the surname Li) who gave them the confidence to try it out. 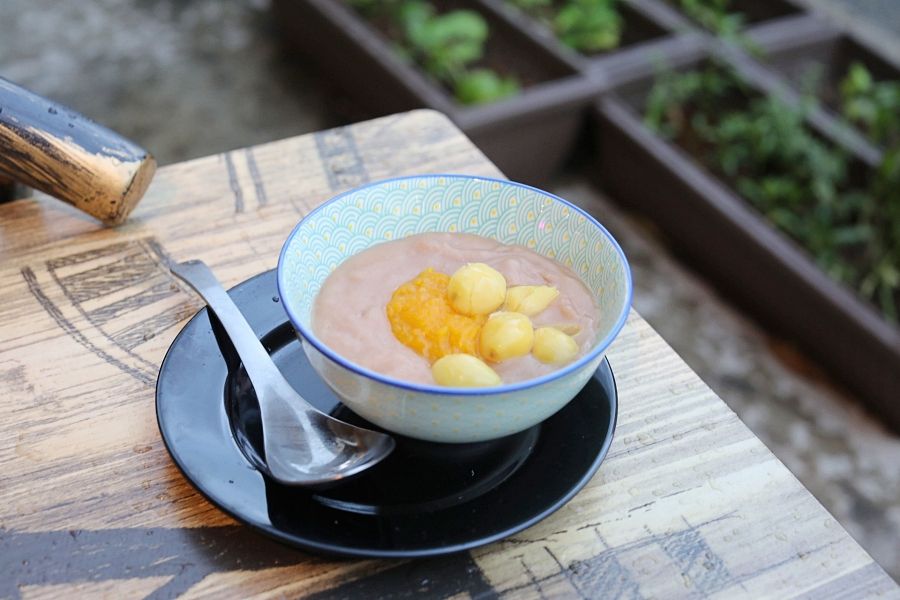 The one dessert that actually impressed me was the Yam Paste with Pumpkin and Ginkgo Nut ($4.80) which was thoroughly smooth (without clumps) and not too greasy or sweet at all.

Orh Nee that taste almost tasted quite homemade, in a good way. 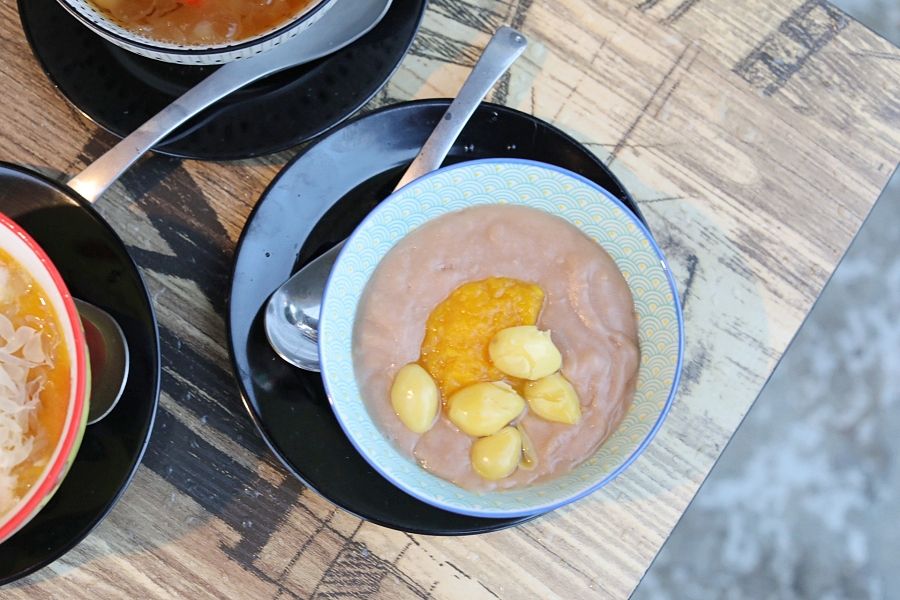 Accordingly, the paste itself is prepared daily freshly in the morning, and placed in a warmer to ensure it doesn’t ‘solidify’ and that texture remains creamy. 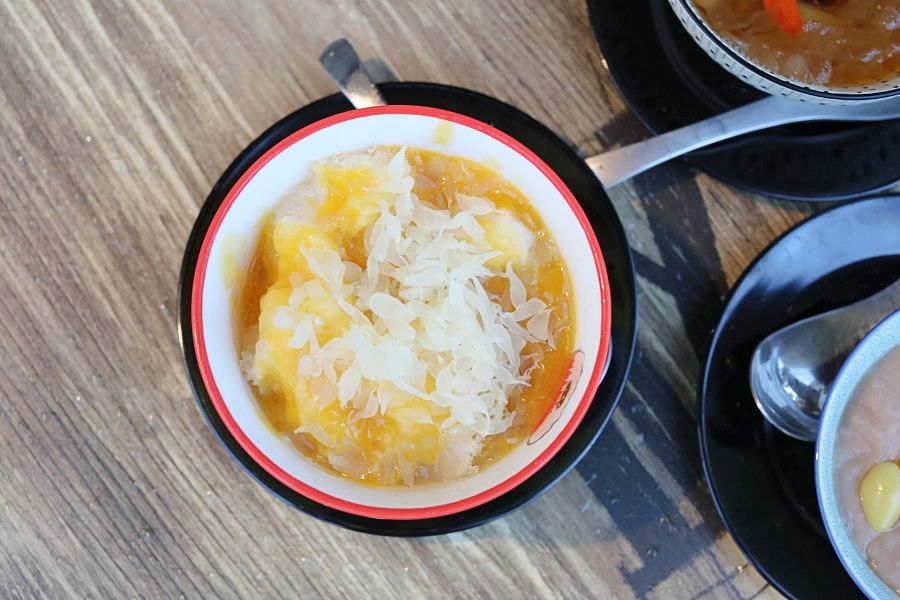 While the Mango Pomelo Sago ($4.80) lacked a certain creaminess that I would have liked, it was a very decent bowl with sweet cubed mangos and generous portion of pomelo – in fact one of the most I had in recent times. 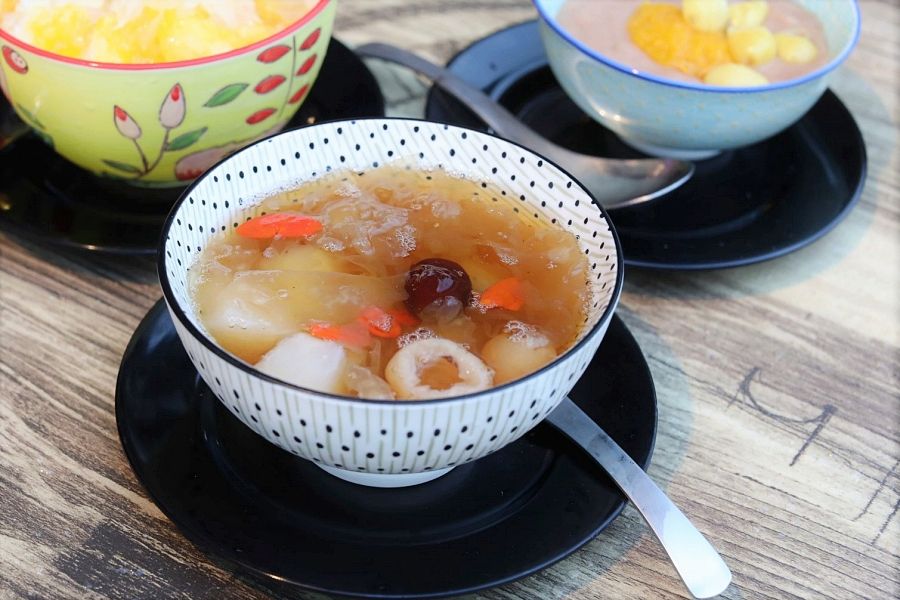 The one thing noted for their desserts that sugar level was kept lower, without interfering the taste too much.

The Snow Fungus with Pear ($4.20) turned out to be thirst-quenching refreshing, so that you can still taste the natural sweetness of the pears with a certain lightness to boot. 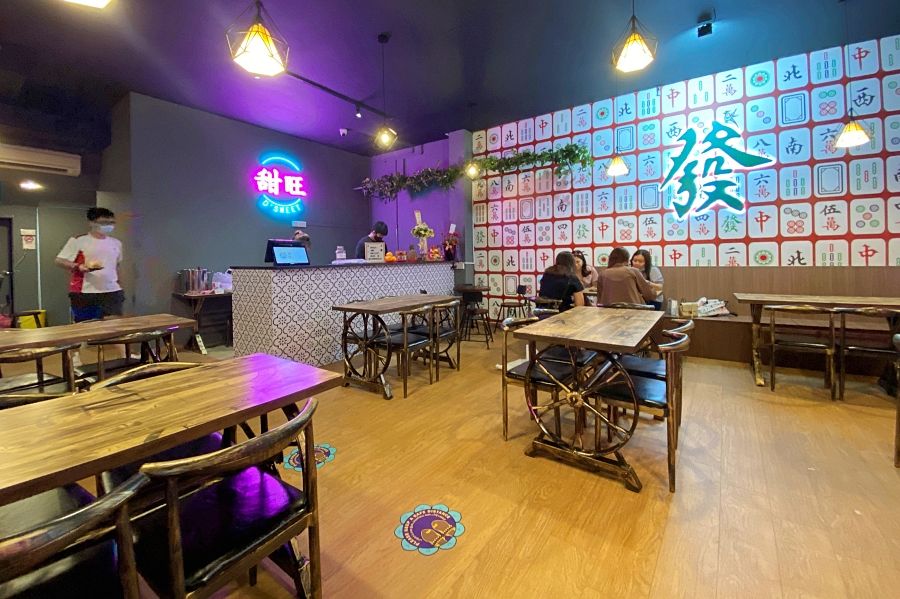 Tian Wang appears to be a promising local dessert café that supper-goers would love to head to. However, there were some operation knicks to be ironed out – during our first visit dessert were served fast, while the second time it took more than 20 minutes despite an off-peak hour with not many customers around. 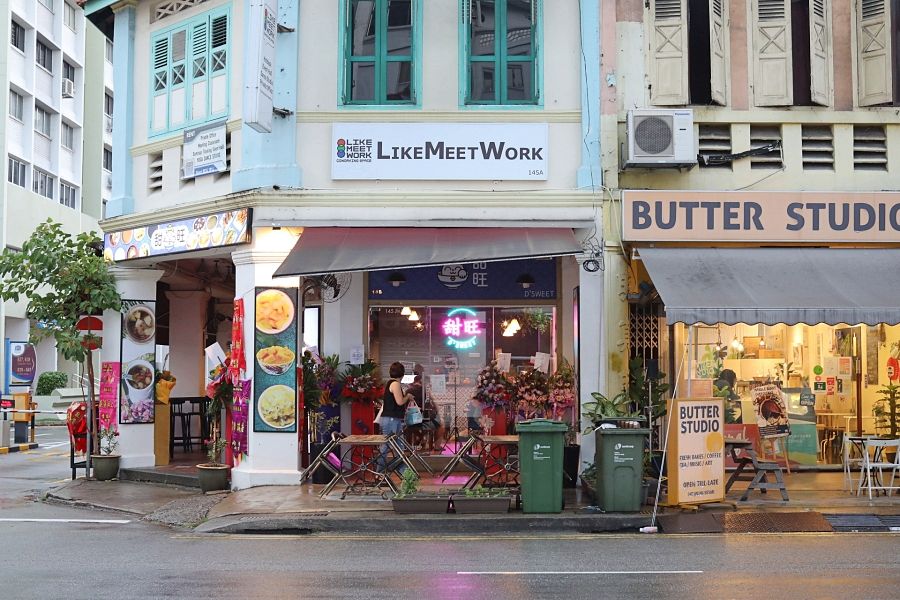